Mandarmoni DXpedition II, December 15-18 2010
This time our temp QTH was 'Samudra Bilas' which we had selected during our 2008 visit. It is built around a large fishing pond which is locally called " Bheri". Some 250 m away from the sea beach this location offered us plenty of casuarina trees all around to string antennas as we liked but the facilities were bare. The grounds were sparkless clean and brightly painted for the winter season with well groomed trees and plants.. We had booked well in advance and had planned the DXped on a week days to avoid the week end rush of winter travelers. Even then we could not get the compact ten bedded accommodation which we had targeted.......we had to settle for two double bedded rooms and one four bedded room with one long verandah and a shade in front which allowed us to sit out and talk DX ! We managed to reach just before sunset on 15th Dec 2010 but soon we had three beverages up and running. The rooms were rather crammed and this time we were overflowing with gear. There were four ICOM R75, one ICOM R71, one Drake R8, one SDR IQ & one Tentec 320D SDR besides a number of portables including Pradip Kindu's brand new Anjan DTS. We had set up one room as a shack for four DXers and the four other members had to DX on the bed.

The DXers
We had two new comers to our DXpedition team, C. K. Raman, VU3DJQ from New Delhi who is a professional radio monitor and a radio Amateur. He was there with all his professional as well as amateur radio experience, from Tripura Pradip Kundu whose QSL collection is envious was joinig the DXped too. He was taking delivery of his recently acquired receiver an Anjan DTS. The remaining others had been member in the past DXpeds : Babul Gupta, Sudipta Ghose, Alokesh Gupta, Swopan Chakraborty, Partha Sarathi Goswami and I (Supratik Sanatani) .

Location :
Mandarmani, a small sleepy beach town on the east coast of India is located some 180 kms from Kolkata. 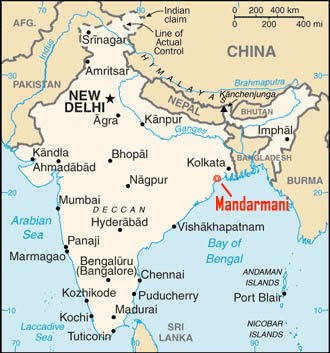 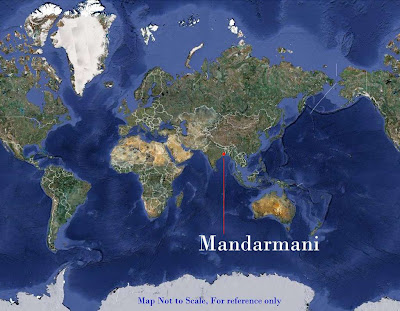 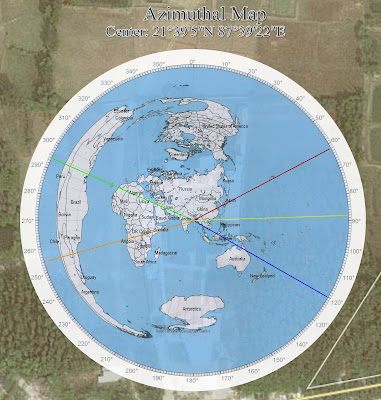 Bengal Pirates on the MW !
This was undoubtedly the best find of this DXped. No far away DX station but Bengal MW pirates in Bay of Bengal. After the first night of DX just as we were relaxing after breakfast on 16th December morning , around 0500 UTC Alokesh while checking the bands stumbled upon a whole lot of Bengali pirate stations in the MW. The modulation was rough and the tone suggested rural Bengali accent. The programming was similar in all the prates with announcement of local "Jatra" program. " Jatra" is typical Bengali theater performance which is held in open stage with audience seated on three sides.
The staions were also playing requests and announcing mobile contact numbers. However, when tried to ring we drew blank. There were even job adverstisements. One station switched on to a Radio play. The tone of the announcements was like what you would hear in a village fair. The only location which we could make out was " Nandigram" in East Midnapore district. We tried direction finding using the ferrite antenna of portables. It suggested the signals to be coming from the sea, which suggested coastal locations around Sagar Island in the Bay of Bengal. In our forays to the local sea beach resort Digha we enquired about how to get in touch with these MW pirates. We were directed to the local market but we gave up the lead. Bengal pirates on FM have been reported. But we fail to guess why will the pirates use the MW bands ? It needs bigger antenna and more power but probably the lower frequency tuning is easier in the MW bands.

Babul Gupta gives insight into Myanmar 711 kHz
Through our antennas Myanmar unofficial radio 711 kHz was coming on loud and clear. Babul Gupta who is fluent in Burmese because of his childhood days spent in Burma took some time to listen to the station and came up with this find : the Burmese rap songs on 711 kHz had lyrics based on pro democracy issues. This means that 711 kHz is probably based in neighbouring Thailand and broadcasting to Myanmar. It is unlikely to be a pro democracy station based in Myanmarese soil.

Running on battery
This expedition gave us the first opportunity to run the Icoms on battery. The generator sets in the hotel were switched off at 1 pm at night and there were only skeletal solar lighting available. One R75 was run on dedicated battery while the other one was run from a battery accumulator available in the room for the solar lighting. Both gave impressive performance. When one battery pack ran out, we hired another from the local tea stall on the beach. This paves way for future DXpeds centered around battery packs.

The Logs
We had so many beverages running on all directions so that we lost track of which beverage was feeding which antenna. The overall listening was impressive with Far East, Philipines and Middle East on the mw and Africans and VOA Delano on the sw making a mark. We were bugged by noise which was from the compact fluorescent lamps in the resort and also partly from the generator set. The detailed logs are here.

The spirit of DXped !
We talked DX all the way up and down to Mandarmoni. We stumbled upon the unexpected signal and found new insignt to a old station. That was is the real spirit of a DXped! The disappointment with man made RFI and the clutter of antenna and gear came in as a part of the pacakage .

Unexpected cultural encounter !
Our DX ped dates coincided with "Muharram" a date which is observed by Muslims. We stumbled into an interesting and hitherto unknown aspect of Muharram in rural Bengal. In some rural areas huge bank of speakers and woofers had been set up and they were blaring modern music all throughout the night. The size of the speaker banks would put any rock concert to a shame. As I was clicking one such speaker bank, I was literally swept away by the air draft from the woofers !

Posted by Mandarmani Dxpedition at 6:21 PM No comments:

Posted by Mandarmani Dxpedition at 10:33 AM No comments:

Posted by Mandarmani Dxpedition at 10:59 AM No comments: 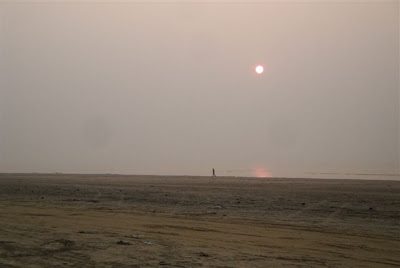 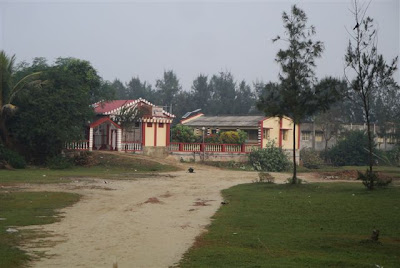 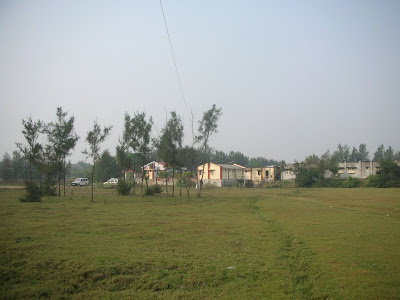 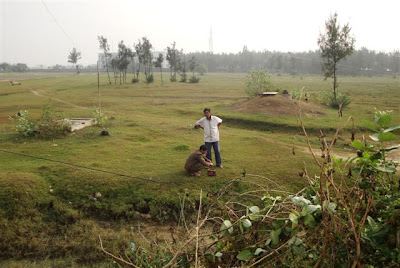 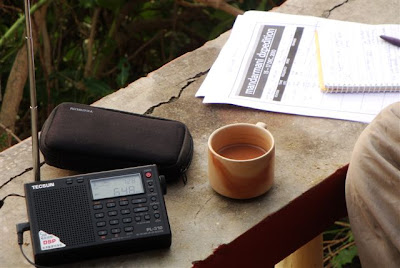 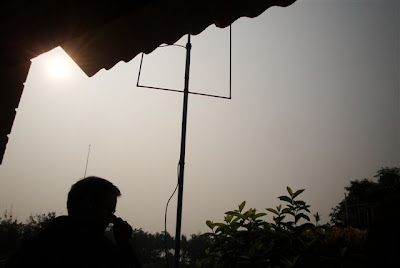 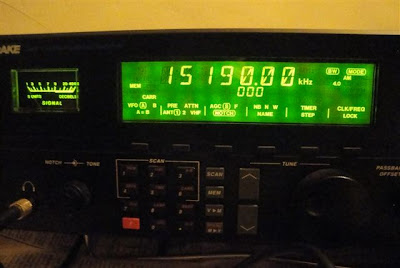 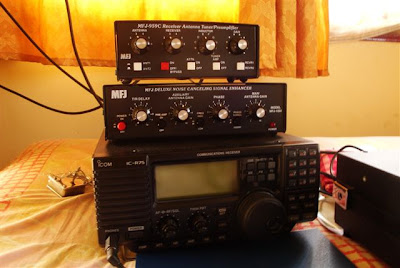 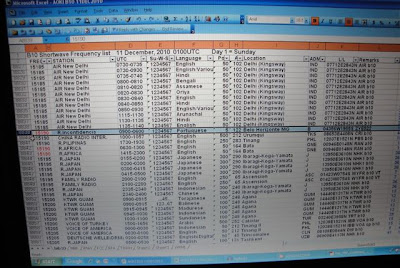 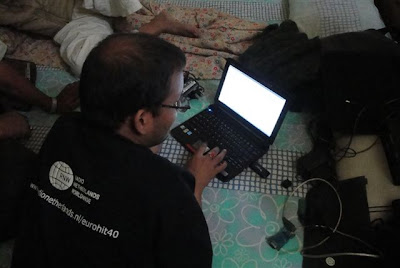 Posted by Mandarmani Dxpedition at 9:56 AM No comments: